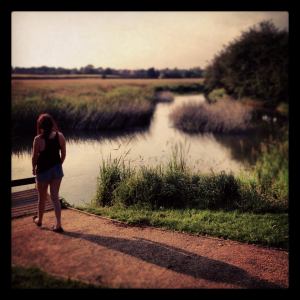 Since I found yoga at the age of fifteen via a yoga dvd in my bedroom entitled ‘Yoga for Weightloss’ by Kisen I was not the same person I am today. Well I mean I was the same person but my values, my strength and my connection to my body was rather disorientated. At fifteen I had the usual struggles and somehow managed to find myself in many unhealthy relationships with other people and most importantly how I related to my body, food and my mind. I most likely did the yoga dvd as my latest scheme on how I was going to achieve the perfect figure. I was never expecting to receive what I did from that dvd. From the first day I did it I continued to do it every day from then onwards. It was an addiction. A healthy one to my surprise! I yo-yo’d between diets and only exercised as a means to some how ‘make up’ for whatever dietary fails I perceived myself to have made that day. My body was not my temple. This is something I would of then found hard to admit I became a vegan at this age my love of animals and sensitive nature a good part of that. The other part was my desire to change my body I read ‘Skinny bitch’ which led to me becoming a vegan upon reading. I’m not going to say the moment I stepped on the mat I lost all my eating troubles, pain and unhealthy habits. I didn’t. But it opened the door into an hour a day where I was quiet, peaceful and doing something amazing for my body.

After a lot of personal development and asking for help from my family and friends I broke most of my bad relationships. I asked for help and I followed the advice I was given to get myself out of the hole I’d dug. The hardest part was admitting that I had problems to those close to me and knowing they would never fully understand why I had afflicted myself with them. Yoga gave me the strength to speak my mind, the strength to overcome losses and to be the best version of myself. I chose the name warrioratpeace for my blog because that inner strength that spiritual warrior is something I’ve worked on and strive to everyday, the peacefulness is the essence of savasana (corpse pose) in yoga, the moment at the end of your practice where you lie like a corpse on the ground and this feeling of uttermost peace comes over your body. Even on days when I’ve struggled through my practice the ending posture is almost always utter bliss.

A lot has happened between the time I first did yoga and 8 years later today which I’m sure will come out in other posts. But today, this moment, the present, which I so ever try to live in, lets focus on that. I made the decision to sign up to train to be a yoga teacher. Something I’ve been thinking about for years (at the end of school, while studying for my degree, last year while I was travelling). I did it! I sort of just stopped overthinking it and signed up. It felt great and it’s a decision that everyday makes me happy. I’ve been practicing hard and preparing my body and my mind for my journey, which starts, May 28th in Croatia with the Himalayan Yoga Institute. I’m going to be doing a fully immersive 200 Registered yoga teacher training course. This will be covering yoga flows, meditation, ayurveda, yogic philosophy and much more!

I’m so excited, nervous, strong and at peace right now. I will be posting on here twice a week with tips on yoga poses, using food as medicine, meditation and life in general! Watch the space yogi’s

2 thoughts on “The Rocky Road to Yoga”

There was an error retrieving images from Instagram. An attempt will be remade in a few minutes.